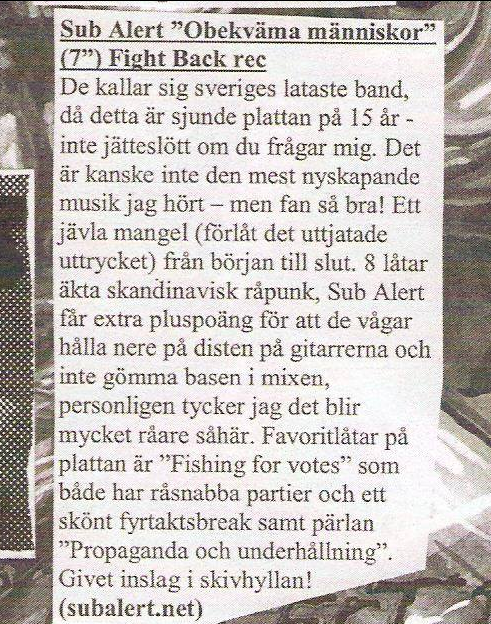 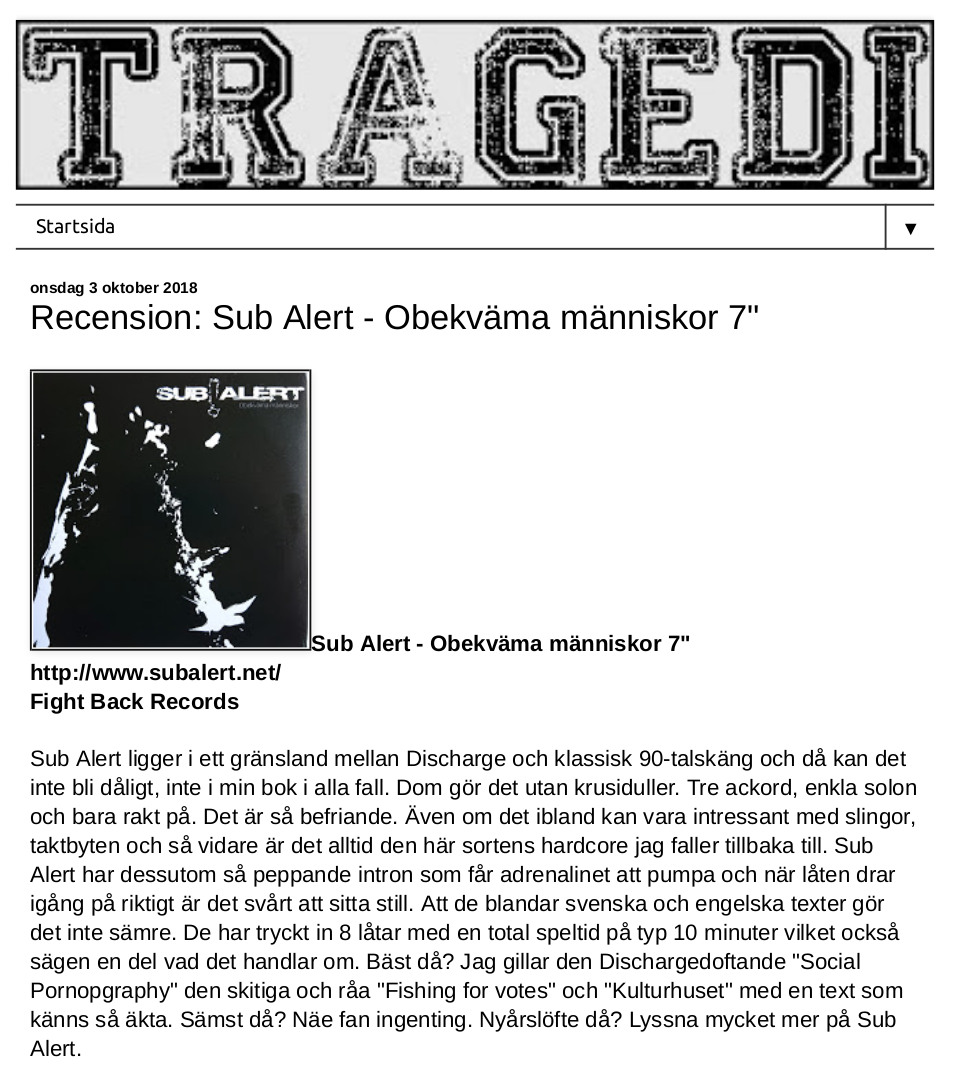 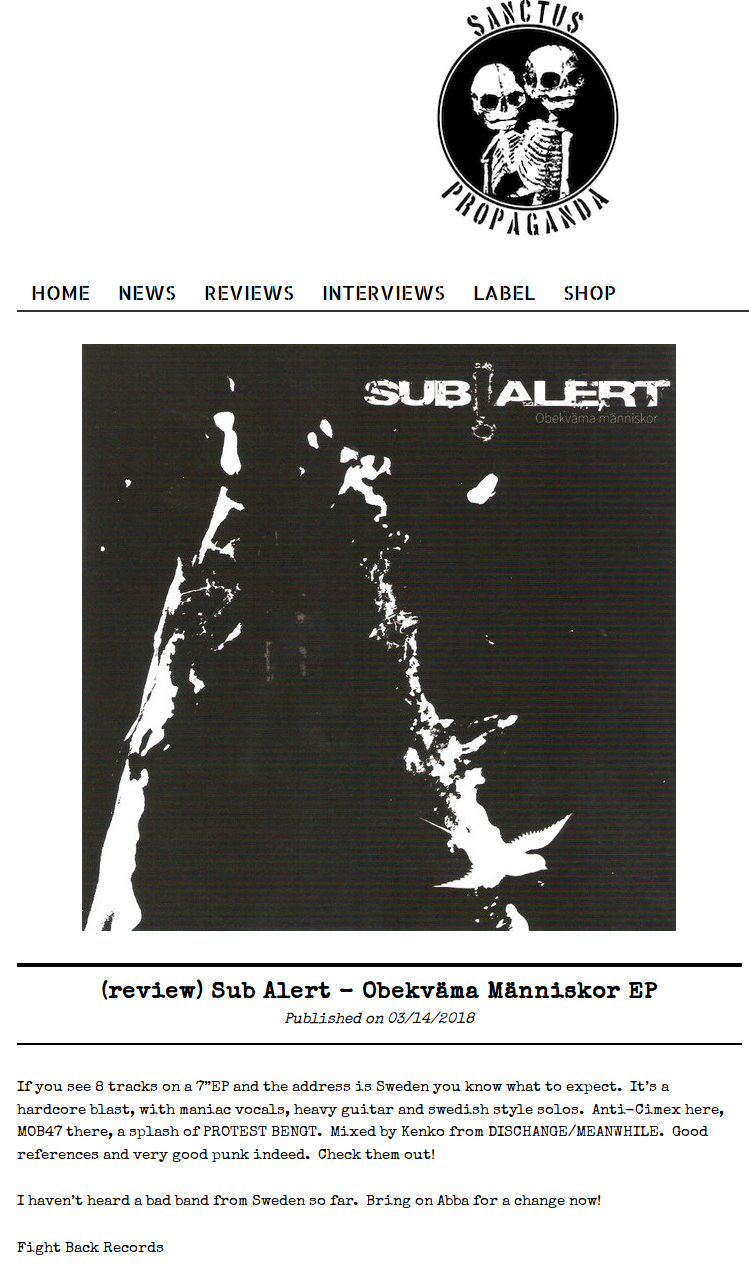 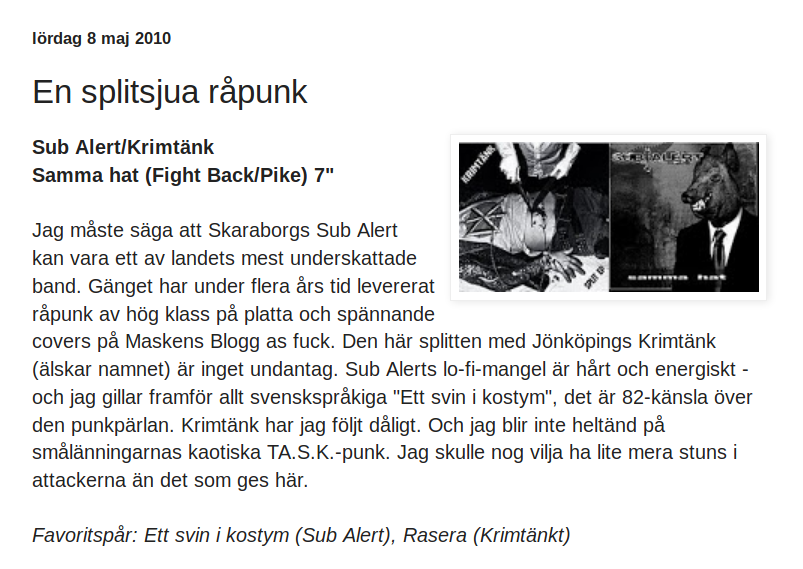 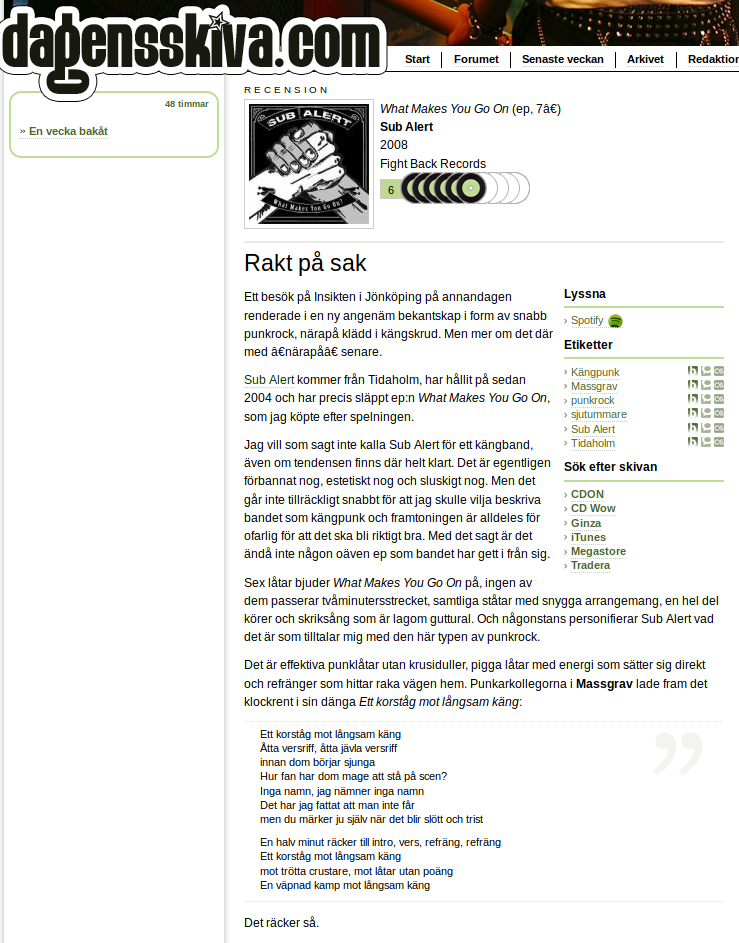 Sub Alert was formed in Tidaholm 2004 with the intention to make fast Punkrock. The inspiration from every corner of Punk resulted in musicish...
We rehearse sometimes, we record sometimes, we gig sometimes..

Things that happened after all

All music released by Sub Alert is free to download and use.
If you want to buy any of the records on vinyl, send a mail.
Contact